Seismic monitoring for Dam Safety can enable a timely understanding of internal structural variances typically associated with seepage, piping, and internal erosion.  This method is different than traditional seismic monitoring where seismometers are used to monitor structural status and performance under earthquake conditions and for fluid-induced seismicity. In the former case, geophysical seismic surveys are repeated over time adopting a long-term monitoring approach.  This technique improves the understanding of internal structure as it can identify subsurface changes over time; this allows for greater confidence in the detection and location of areas of concern.  Additionally, when this technology is coupled with geophysical techniques such as resistivity, magnetics, and SP, a more effective and actionable picture can be realized. 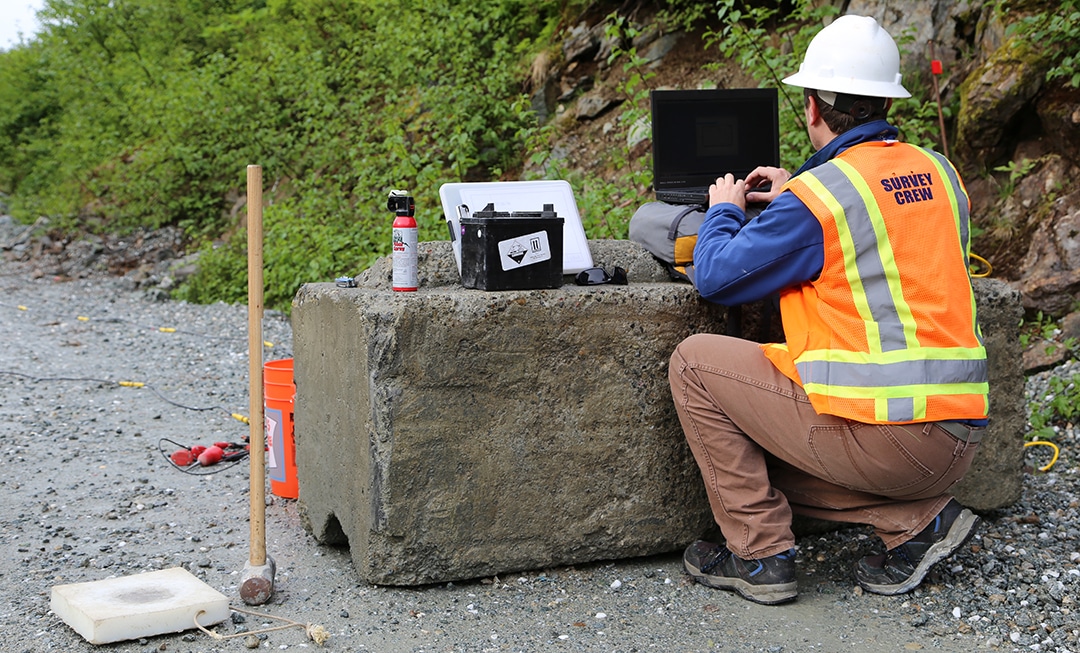 Seismic data is typically collected by using a source, such as a sledgehammer striking a metal plate, to generate seismic energy that travels through the subsurface until reaching a series of receivers (called geophones) on the ground surface. The signal received at the geophones is recorded by a seismograph, and then the data are processed back at the office to generate profiles of seismic wave velocity. Two different seismic methods can be applied using the same basic equipment and set up: seismic refraction and Multi-channel Analysis of Surface Waves (MASW).

The seismic refraction method involves analyzing the primary wave (P-wave) portion of the transmitted seismic energy. The time of first arrival of the P-wave energy is determined at each geophone location. This information can be analyzed to determine the depth at which abrupt changes in density (such as the top of bedrock) occur. If sufficient source locations were used to collect the data, a tomographic analysis can be done to observe gradational changes in compression wave velocity. Compression wave velocity profiles can be used to identify areas of bedrock weathering or areas that may be susceptible to settling. 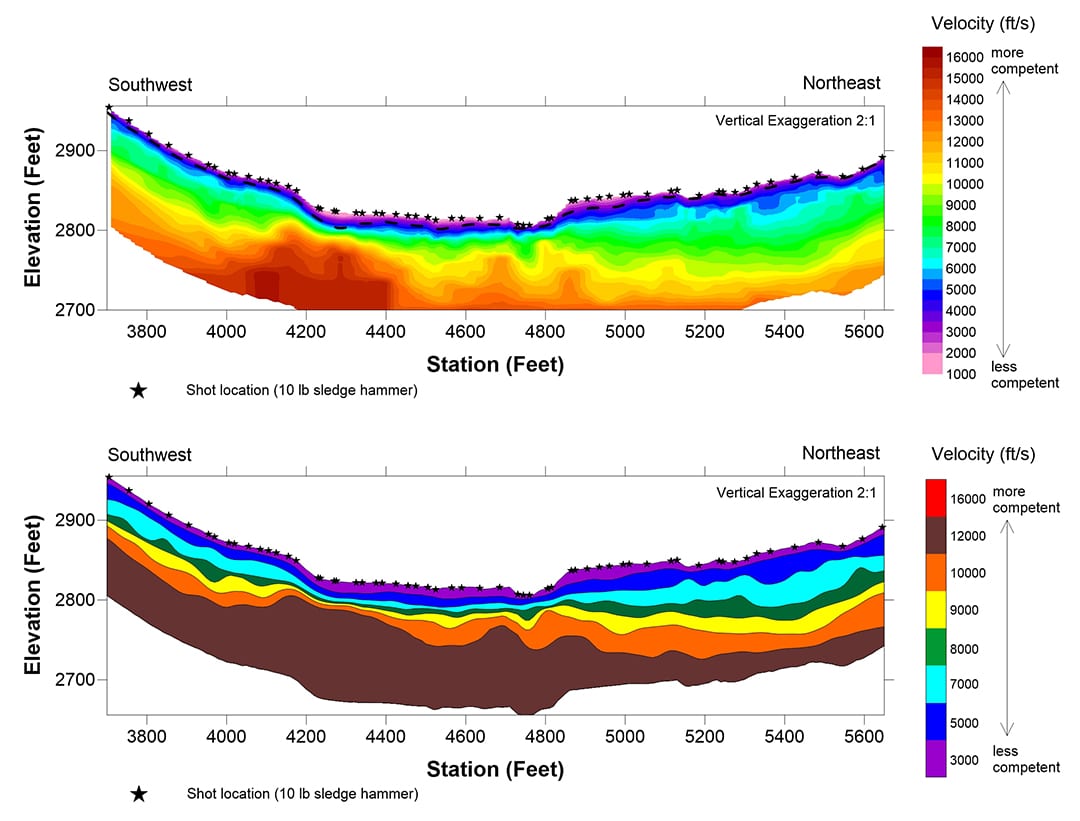 Changes affecting the stability of a dam can be detected before a surface expression develops, providing valuable time for mitigation

The MASW method involves analyzing the surface wave portion of the transmitted seismic energy. By observing the dispersive character of the surface wave energy, a model of shear wave velocity can be generated. Several source locations are needed to generate a profile of shear wave velocity. Shear wave velocity profiles can provide information on soil stiffness, loose soil zones, and weathered rock zones. MASW surveys complement refraction surveys because an MASW survey can identify weathered zones underneath competent rock, where refraction generally won’t be able to do so.

Seismic refraction and MASW surveys can be conducted at the same time with the same equipment, providing two separate investigations for less than the cost of two separate surveys. By reoccupying the same locations and recollecting data, changes in the subsurface can be visualized over time. Drastic changes or changes that could affect the stability of the dam could be detected before a surface expression develops, allowing time for an investigation and fix for the problem before it worsens or a failure of the dam occurs, saving money and possibly saving lives.